I want to ask everyone a question. Am I the only one who remembers that at one time they really loved math?

I didn’t always love math, or reading. I found both of them rather difficult my first few years of school. I had classmates who went to preschool or had older siblings or stay at home moms who had a small head start on me for reading. I was determined to learn to read and I quickly caught up and surpassed many of my classmates.

It wasn’t until second grade that I discovered my love of math. There used to be an educational program on PBS called Square One Television. I became obsessed with this show because it took all these arithmetic concepts I had trouble grokking and explained them in a way I could understand.

They also talked about such advanced topics as Cryptography and Tesselations. (I do want to apologize for the dated content, this was created in the 1980’s.)

This show taught me what a googol was before the spelling changed and became a search engine/Big Brother. Even today when I see a number that is the same backwards and forwards I get really excited because I know it is a palindrome. 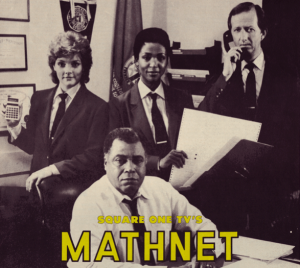 Yes, that is James Earl Jones.

Notable people like James Earl Jones and Weird Al Yankovic appeared and lent their talents to making math fun for kids. If you do watch any of the clips I have linked to, please to watch the Weird Al one, it is full of Monty Python homages.

So, if I loved learning math so much and I enjoyed being challenged, why did I major in journalism rather than something math related?

My first major in college was engineering. I was bullied a lot in high school and I had a year where the highest grade I got on my report card was a C. As such, I wasn’t accepted to any of the schools I really wanted to go to. I went to the University of Wisconsin-Platteville to major in engineering. The male to female ratio at the time was two to one. After attending a tech conference where the male to female ratio was fifty to one, that seems positively progressive, but at the time, it was a bit of a shock.

I did not fit in with my classmates.

Every class I had I was the only girl. No one would sit next to me. I had a circumference of empty seats around me. If I tried to talk to anyone, they would literally cry and run away.

I took calculus my freshman year and due to a lot of stress and social issues, I received a D. I don’t really remember anything we were supposed to learn after the first week.

Contrariwise, if it was so it might be, and if it were so, it would be, but as it isn’t, it ain’t. That’s logic.

I felt like a failure. The thing that got me through high school was this mythological idea that I would go off to college and find my people who would love and accept me for who I was. Going and discovering that things were even worse there than they were in high school was a massive shock and disappointment.

I temporarily dropped out of college. I tried working at Border’s for a while, but that went badly, so with nothing else to do, I went back to school. I went to Madison Area Technical college to take some entry level classes to get my grades back up enough to get back into the UW system. I transferred to UW-Whitewater, where I graduated in 2006. 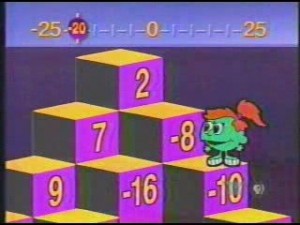 Trying to jump over the negatives to get to the positives.

I bounced around majors a lot, but I knew for a fact I was not going to do anything math related. I thought I was too stupid to learn calculus. I thought my success with algebra and trigonometry was a fluke, that those things were useless anyway, and that I needed to pick something easy just so that I could get through college because I was told that having a degree in anything would get me a job. *insert hysterical and bitter laugher here*

Journalism didn’t work out. Neither did video editing, sound design, or doing commodity white collar work. Back in 2012 I felt beaten. I had no idea what to do with my life and I contemplated ending it.

Then a miracle happened in a place I did not expect.

I have spoken about how the worst job I had was one where I was told to pretend to do work. I wasn’t allowed to ask any questions and I was supposed to act like I knew a bunch of stuff I had no way of knowing. It was miserable. However, there was a silver lining.

While trying to find something to do that looked like work, I discovered Codecademy. Codecademy began at the beginning of 2012 with the promise that you could learn to code in a year. I had it on my radar, but I was too discouraged from trying to learn programming to give it a try. When I had to find something that looked like work, it fit the bill.

I discovered that all the things that had stymied me for years while I was learning to program all of a sudden went away when I was doing things over and over again and doing them for long, concentrated pieces of time. I could do something I gave up on ever being able to do. I felt joy, and more importantly, peace while I was sitting at my computer feeling the code flow through my hands and onto my screen.

The two biggest motivators for me learning to program were Core Audio and OpenGL. I studied 3D modeling and animation along with audio engineering. I wanted to understand how the programs I used worked. I learned all the low level stuff I could find to help me with this quest.

Then I hit a wall. 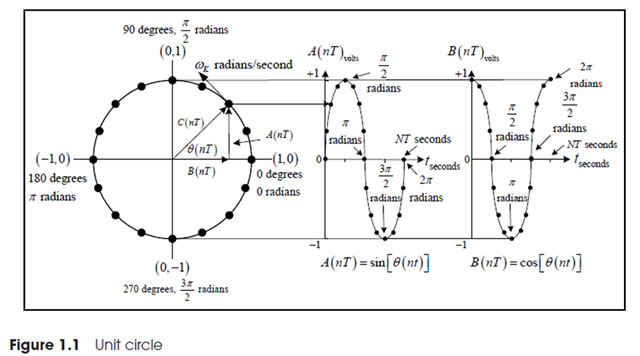 What on earth does this stuff mean?! Mark Dalrymple knows Greek, right??

I wanted to program and audio synthesizer. I was lent some Digital Signal Processing books by a friend, but when I look through them, it’s all Greek to me. And yes, I literally mean Greek because there are all kinds of symbols that I remember somewhere in the back of my head writing out and drawing in notebooks back half my life ago that I had buried because the memory of them was too painful.

I am in between conference gigs right now. Got home from CocoaConf Columbus and immediately went to That Conference.

It has been something of a whirlwind and I am still processing a lot of the adventures I had on these trips.

One of the talks that I was most looking forward to was at talk on the Accelerate framework by Mattt Thompson. I really wanted to know more about it, but I walked away disappointed. Mattt said that you couldn’t really utilize the framework unless you understood the math behind it. My talk on GPU programming also had the caveat that you have to understand math in order to fully utilize shaders. I went to no fewer than three talks and one keynote talking about math and our lack of knowledge of it.

I want to do something about it. 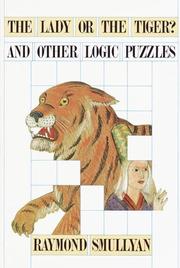 My favorite book in seventh grade and my introduction to logic.

I asked the Klein family if I could replace my poorly attended Debugging talk with a talk on math. I want to figure out the most common stumbling blocks people have with the various frameworks and try to explain math to people the way it was explained to me, in a fun and relevant manner so that it doesn’t seem so forbidding and scary.

I am slowly going back and trying to immerse myself in the math that fascinated me as a teenager. I am not doing this because I think it will get me a job somewhere, I am doing this because I miss how I used to feel when I got exposed to something amazing. There are so many secrets and wonders of the universe that are a mystery to me because I shut off a part of me that I couldn’t bear to look at any more. I am sick of being that person. I don’t want to be afraid anymore. I want my love of math back.