So my current contract ends on Friday. I have spent the last year bumping around figuring out what I don’t want to do and I now have to figure out what I do want to do.

As of this moment I would really like to make a real go of setting off on my own as a contractor and eventually producing my own products, but I know enough people who have not succeeded in doing this to be wary about my chances of success. Recently my father got drunk and trapped me in a car for an hour telling me to stop trying to be special and to attempt to find a real job with a 401k and health insurance.

So, in the interest of figuring out what I want to do with my life, I applied for a corporate job. I figured that it was stable and they pay regularly, so it might not be as bad as I had been lead to believe.

I had a phone screen with someone from a company today and I would like to share my experience with this.

The first part of the interview was awkward, but manageable. The guy asked me about some other projects I worked on. He asked me about a time that I didn’t agree with a manager and how that turned out. I probably should have come up with a different example than one where I got into a blowup fight and was fired, but it’s too late to fix that now.

At no point in this process was I asked anything specific about iOS. He did not ask me about my books or any of the other credentials I have on my resume. I realized that he did not look at it. Awesome.

Then we got to the part of the screen that I didn’t realize we were going to do: The Whiteboard Interview.

I have never done a whiteboard interview in my life. Never. I think they are bullshit and I decided a while ago that I would never participate in one. If you’re reading this and thinking of hiring me, I am not doing a white board interview. Be forewarned!

I had deep reservations about doing this. I know I know how to code, but code isn’t something you just regurgitate on command. It requires context and problems that need solutions. I decided before the interview even began that I did not want this job because it required me to move, but I thought I should at least attempt to get through the interview. I was beginning to deeply regret this decision.

We used a software application to do the white boarding. There was a drop down list of languages. I went to select Swift, but there was no Swift. Strangely, there was no Objective-C either.

Huh. You’re interviewing me for a job without being able to let me write in either of the languages you need me to be an expert in. Interesting.

I looked through the list and tried to find the next one I was most familiar with. After some deliberating, I chose C over Python.

The interviewer did not want me to choose C. I asked why not.

“I’m an Android guy and I would really prefer that you pick Java because that’s the only language I know.”

You’re interviewing me for an iOS position and you only know Java. You won’t let me write in the language I am comfortable with because you don’t know how it works. Splendid.

He told me to write a linked list. I told him I didn’t know what a linked list was. I said I never got a computer science degree and that I was a hacker who learned programming by writing applications rather than learning algorithms and data structures you only use to pass code interviews at corporate entities that you forget and never use again.

At this point the interviewer was like, “Oh, so you’re not a programmer. You’re more of a management type.”

I have written books. I have presented technical talks at conferences. I have held down a programming job, more or less, for the last two years. I spent the first half of this interview explaining hardware software integration and architecture to this guy, who still at this point decided to tell me I am not a programmer.

At this point I had had it. I ended the interview as best I could. I told him I was not interested in the job and I got off the phone and had a good laugh.

I am writing about this on my blog because apparently these places don’t read my blog anyway, so it really doesn’t matter.

If you’re going to hire an iOS developer, let them write in their own language. Also, the power of iOS isn’t in the language, it’s in the frameworks. Don’t make someone write a fucking linked list in Java to see if they know how to write an iOS application. Ask them what frameworks they’ve used and how they find information and have them talk you through how something works.

This call annoyed me, but it also made me feel a lot better. As bad as I feel about not being as good a programmer as some of the other people in my circle, at least I am not a Java guy interviewing iOS people for a large company that clearly doesn’t know what it’s doing. I’m sure they’ll find someone who memorized “Cracking the Code Interview” to fake their way through the interview and panic on the job when they realize they don’t know what they’re doing. Hopefully they’ll buy my book. 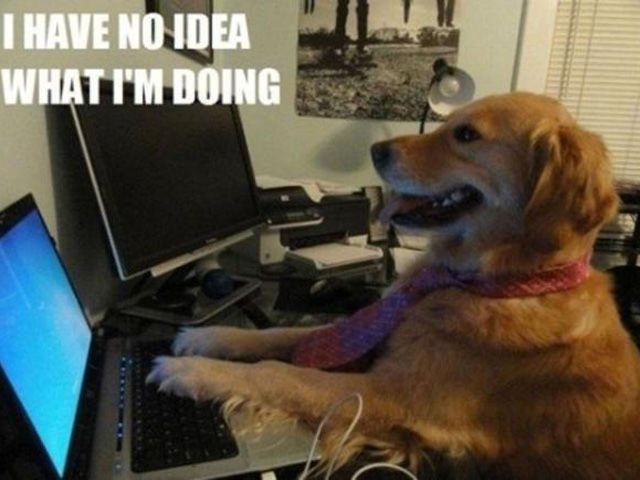