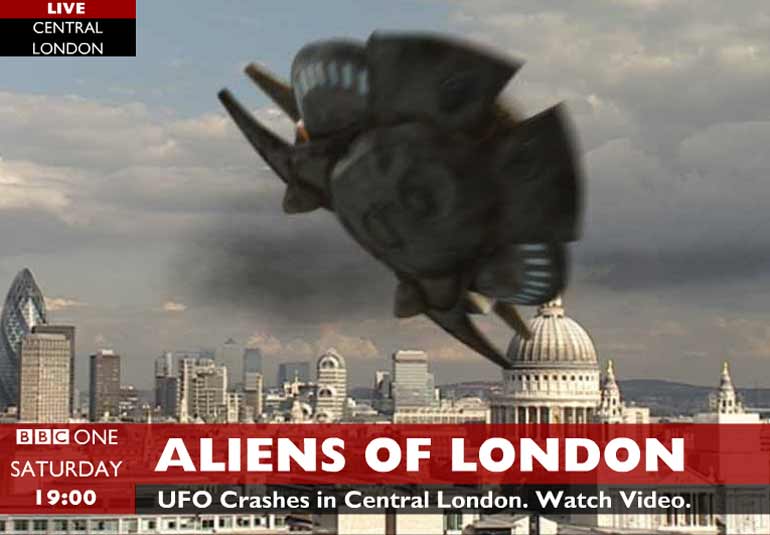 Ah yes, we have arrived at the notorious “farting aliens” episode of Doctor Who. Many people who argue that the Moffat era is better than the Russell T. Davies era (who are wrong, by the way) usually point to this episode of a prime example of everything that was wrong with the way Davies ran the show. 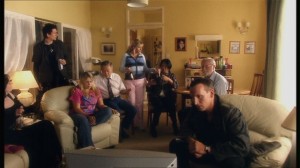 Who are all of these people and why do we never see them again??

Even though the aliens are the main attraction for this episode, there is actually a rather fascinating plot twist that Davies throws at the beginning of the episode. Instead of The Doctor bringing Rose home twelve hours later, he brought her home twelve months later. Oops.

Side note: How much control does The Doctor have over the TARDIS? Just last episode the TARDIS unilaterally decided to land a decade later in another part of the island than where The Doctor specified it to go. The entire Amy Pond mythos is built on her being The Girl Who Waited because the TARDIS was supposed to return in ten minutes but returned twenty years later. Is the TARDIS misfiring like the holodeck malfunction episodes of Star Trek? End side note.

I think it’s hard to remember later in the series that Jackie has an excellent reason for disliking and mistrusting The Doctor. He is the reason that her daughter has been missing for the last year (which makes me wonder exactly when the phone call from The End of the World happened chronologically…). 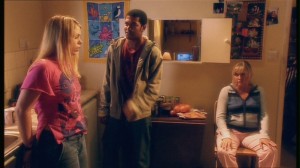 Most awkward family reunion ever…

There is a glorious writeup of Twilight from Bella Swan’s father’s perspective that isn’t too far off from Jackie’s perspective in this episode. Your daughter meets a strange man the day that all the mannequins come to life and disappears for a year. You have no idea what happened to her and she waltzes in a year later like nothing happened. No apology for the emotional agony you went through for a year thinking your daughter was dead but having no idea how or why. Additionally, Jackie already lost her husband, Rose’s father. That year had to be hellish for Jackie and it’s no wonder that she is actively hostile to The Doctor for a while after this.

When we watch the show, we tend to not think about the peripheral people left behind when the companion goes on her adventures. One of the weaknesses I have felt with the Moffat era is that he conveniently strips away these loose ends and doesn’t explore them at all. Amy’s parents get sucked into a crack in the Universe, so there is no one to miss her when she goes away. Clara conveniently has no parents or immediate family to notice she is gone. Rory Williams and Danny Pink get involved in the Doctor’s travels, so they aren’t around to worry about what happened to their girlfriends. 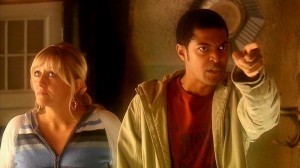 Hey, you know how I told everyone you murdered my daughter? Can we just forget about that??

One of the reasons the J. R. R. Tolkien books are compelling is that they actually explore what happens to the characters after they get home from their grand adventures. Bilbo returns from his adventure with a trunk of gold to find that they are in the process of dismantling his estate because everyone thinks he is dead. He is forever changed by the experience and never feels quite at home with his fellow hobbits anymore. Frodo can’t go back to his normal life because of all he has experienced as the Ring Bearer, so he travels across the sea with everyone else. Only Sam is able to make a home and a family after his adventure and to continue to exist in the world after his experiences. He is the Martha Jones of the hobbits.

Those stories are compelling and worth telling and I have found the more recent seasons of Doctor Who rather soulless because they don’t do as much of this as they used to. I know that everyone is saying this most recent season went back to this idea with expanding Clara’s character and the fate of Danny Pink, but I don’t think Moffat’s strong suit is writing emotionally compelling characters and a lot of this season just didn’t do it for me for reasons I can’t articulate.

What do you say to your girlfriend who disappears for a year and whose mom tells everyone you murdered her?

Micky witnesses his girlfriend jumping in a blue police box with a strange man, sees the box disappear, then becomes the prime suspect in his girlfriend’s murder. No one would believe hearing what actually happened and everyone believes he killed her. She comes back after a year and doesn’t bother to come see him. He finds out she is home because he once again observes the TARDIS disappear. We get an unnecessary slapstick moment when he runs into a wall trying to catch the TARDIS. She has no idea what trouble her decision cost him.

She feels kind of sorry, but she just doesn’t get it. Yet, in spite of all of this, Micky stays with her. Why? She did one of the most horrible things you can do to another human being, yet he stays and I don’t understand why. If anyone treated me half as badly as she treated him, I would walk away. I would want nothing to do with someone who was that thoughtless and who clearly had no regard for me, yet he doesn’t do that.

It’s nice that later in the series they actually evolve his character somewhat and give him a spine and let him be a bad-ass, but watching him in this episode is rather disheartening. 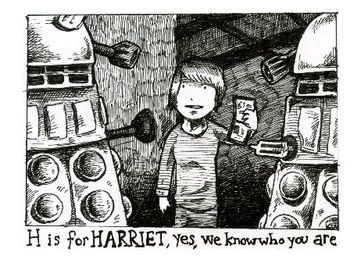 The Gallifreycrumb Tinies. Look it up. You will be happy.

Harriet Jones, MP for Flydale North/Prime Minister. Yes Harriet, we know who you are.

I have a special place in my heart for Harriet Jones. When I started going to more and more programming conferences I started feeling a bit like Harriet Jones. “Hi, I am Red Queen Coder!” “Yes, Janie, we know who you are.”

I empathize with Harriet’s attempts to make herself important and her idiotic nattering about the Flydale infirmary when the government is dealing with a lists because of the aliens. Sometimes it takes a little while for the gears to shift in one’s head.

It’s really cool to see how the experiences in this episode change her. She goes from a rather unimportant person to being the Prime Minister. When I was a kid my dad used to tell me that the difference between a lucky man and an unlucky man was that the lucky one jumps when the universe says jump. Harriet was given an opportunity, much like Rose was, of expanding and broadening her horizons and she makes the most of that opportunity. She also validates my own personal habit of being somewhat nosy and wanting to know everything. Usually nosy people wander into situations they aren’t supposed to be in and they get murdered. Seeing one actually posses vital information and being a story catalyst is somewhat gratifying.

Sorry Harriet, that isn’t psychic paper. You don’t have clearance to be here. Yet.

It’s fun watching the actress, Penelope Wilton, trading barbs with Maggie Smith on Downton Abbey. It isn’t really apparent in her appearances, but the actress is actually quite capable of holding her own against actors with quite a lot of presence and it’s nice to see that later she gets to stretch herself a bit more than she does here.

This episode also drops another Torchwood breadcrumb with the first appearance of Toshiko Sato. In Torchwood Toshiko is a computer programmer and not a doctor, so there is a nice wink to this appearance in her last episode on the show where we discover she was taking the place of Owen Harper because he was too hung over to come and analyze the alien. Over the last two episodes we have indirectly met the vast majority of the components that will eventually make up Torchwood.

Yes, this episode has farting aliens. Yes. they have incredibly bad alien design and costume construction. There is no doubt that the Slitheen and the “alien” are the weak points of this episode. If the other stuff wasn’t so good this episode would be unsalvageable. It’s truly unfortunate that this atrocity got grafted onto the good stuff in this episode.

Squee! This is the episode where Rose gets a key to the TARDIS!! That is a big moment in any companion’s relationship with The Doctor.

This episode includes the first modern reference to UNIT, which I believe we see in person for the first time in the 50th anniversary special.

We also get our first mention of Bad Wolf, which will be a rather important plot point by the end of the season.

This fourth episode of the series brings things around in a fairly satisfying manner. Like my other blog posts have articulated, there are certain kinds of episodes you can only really tell once. We have had the progression from the initial meeting, going to the future, going to the past, and now coming home. From this point forward, we aren’t really going to see a lot of stories that can only be specifically told at the beginning.

One of the challenges with New Who was introducing a new generation of people to what Doctor Who is without annoying long-term fans. These episodes have done a wonderful job of building a foundation about not only what Doctor Who is about, but also what the Davies era will be like. The Moffat era has been categorized by puzzles and the Davies era is categorized by relationships and character progression. Unfortunately, specifically with this episode, we are seeing that the Davies era will also be defined by a lot of things that are done in poor taste.

The next episode of Doctor Who is the second part of this episode, which unfortunately won’t have the wonderful character progression to anchor it in reality. I foresee the next episode being among my least favorite because I don’t think they will get into any of the stuff I watch Doctor Who for. We’re stuck with the Slitheen for another few episodes this season. Fortunately they aren’t going to be like the Weeping Angels that will come back to haunt us for an eternity.